How to Setup and Use Signal 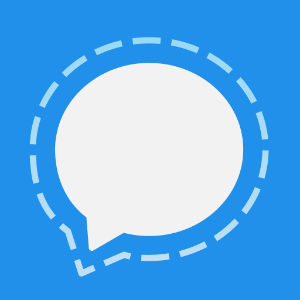 What protection does Signal provide?

Signal provides end-to-end encryption of your messages. This means that no one can see the content of your messages, unless they have root-level access to a device that has Signal installed (your phone or computer). This includes the Signal organization, the government, tech companies, etc.

Anyone can see that you are using Signal, but not who are you are talking to or when.

Signal, Google or Apple, and some government agencies can see who you are sending messages to and when, even though they cannot see what you are sending.

When to use Signal

If you are worried the content of your messages could someday be used against you, use Singal. In general, federal and sometimes local governments can compel tech companies to give up records of your conversations. However, if your messages are end-to-end encrypted, as they always are with Signal, then no government will be be able to access your data, though they could still get your metadata (such as who you talk with and when, though the Signal protocol obscures some of this data).

For extra security, enable disappearing messages. It’s fine to set the timer to a day or week. The point is simply that after a short period of time, no record of the communication will exist, because both clients will delete their copies. While it’s certainly possible for the person you’re communicating with to save a copy of your messages, if they’re acting in good faith then you both will be protected.

For extra protection, verify your security numbers with the person you’re talking with. You can find this under the conversation settings with that person. It’s best to verify in person, but even using fb messenger or some other communication channel is a lot better than nothing, since an adversary would have to compromise two independent services in order to successfully carry out a man-in-the-middle attack.